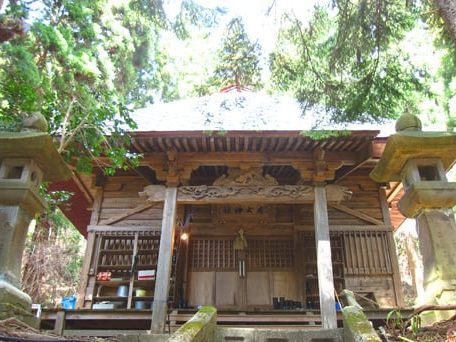 In the Kuzuwara region of Odate, the tragedy of Sadaroku and his dog Shiro has been passed down for generations. The Roken Shrine stands in their memory.
Straying into the local lord’s territory while chasing game, Sadaroku was captured by local soldiers. He gave orders to Shiro to retrieve his hunting license which he had left at home that fateful day. Shiro ran between the castle and his master’s home many times through deep snow and dark night. When he finally found the license and brought it back, it was too late. His master had been executed. Soon after many disasters befell the area and were attributed to Shiro’s grudge. Accordingly, a shrine was built nearby to appease his soul. The hunting license Shiro worked so hard to retrieve is still on display in shrine today. 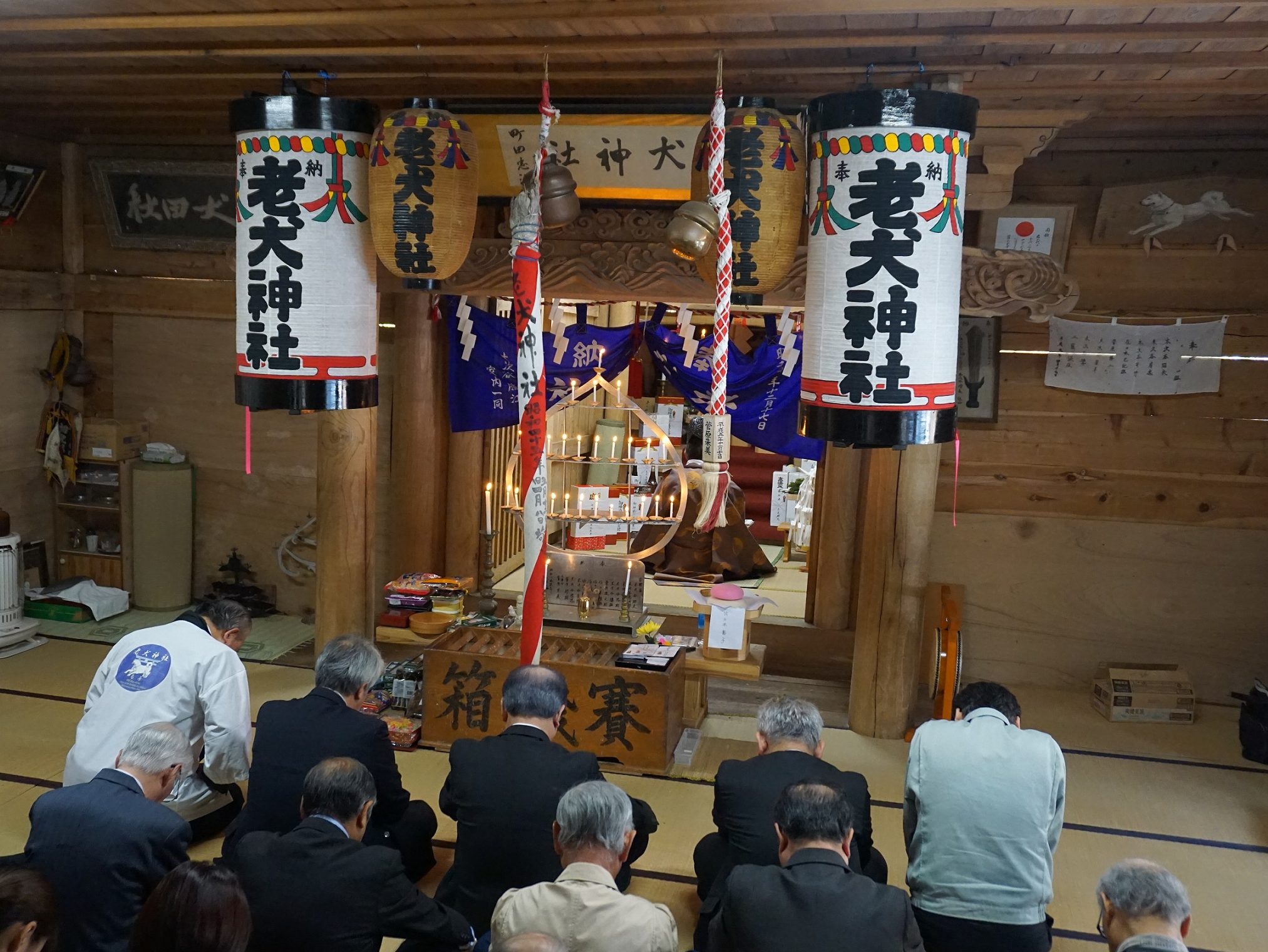 State of the annual festival 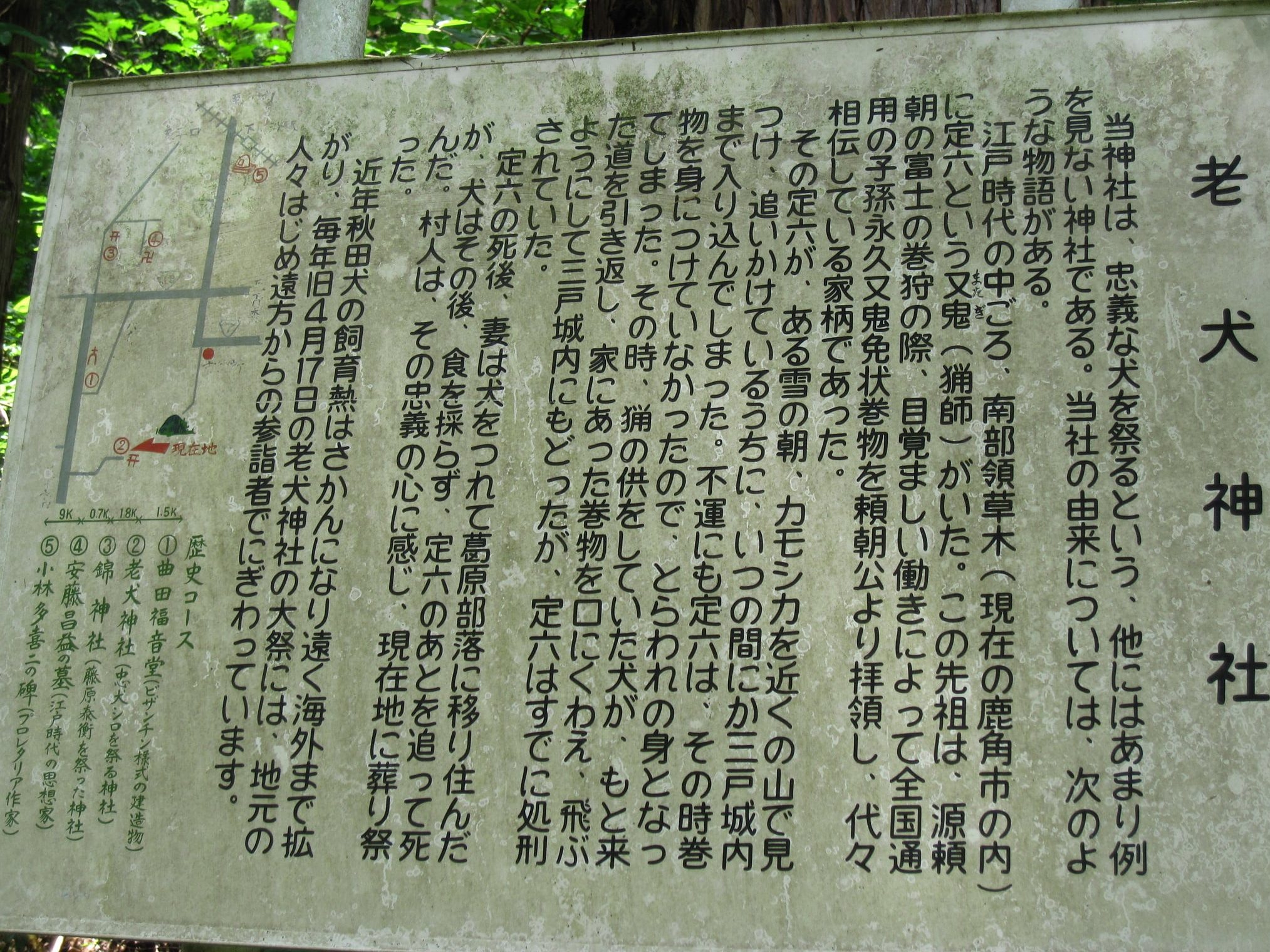 Approach to the shrine