Japan's largest and most beautiful 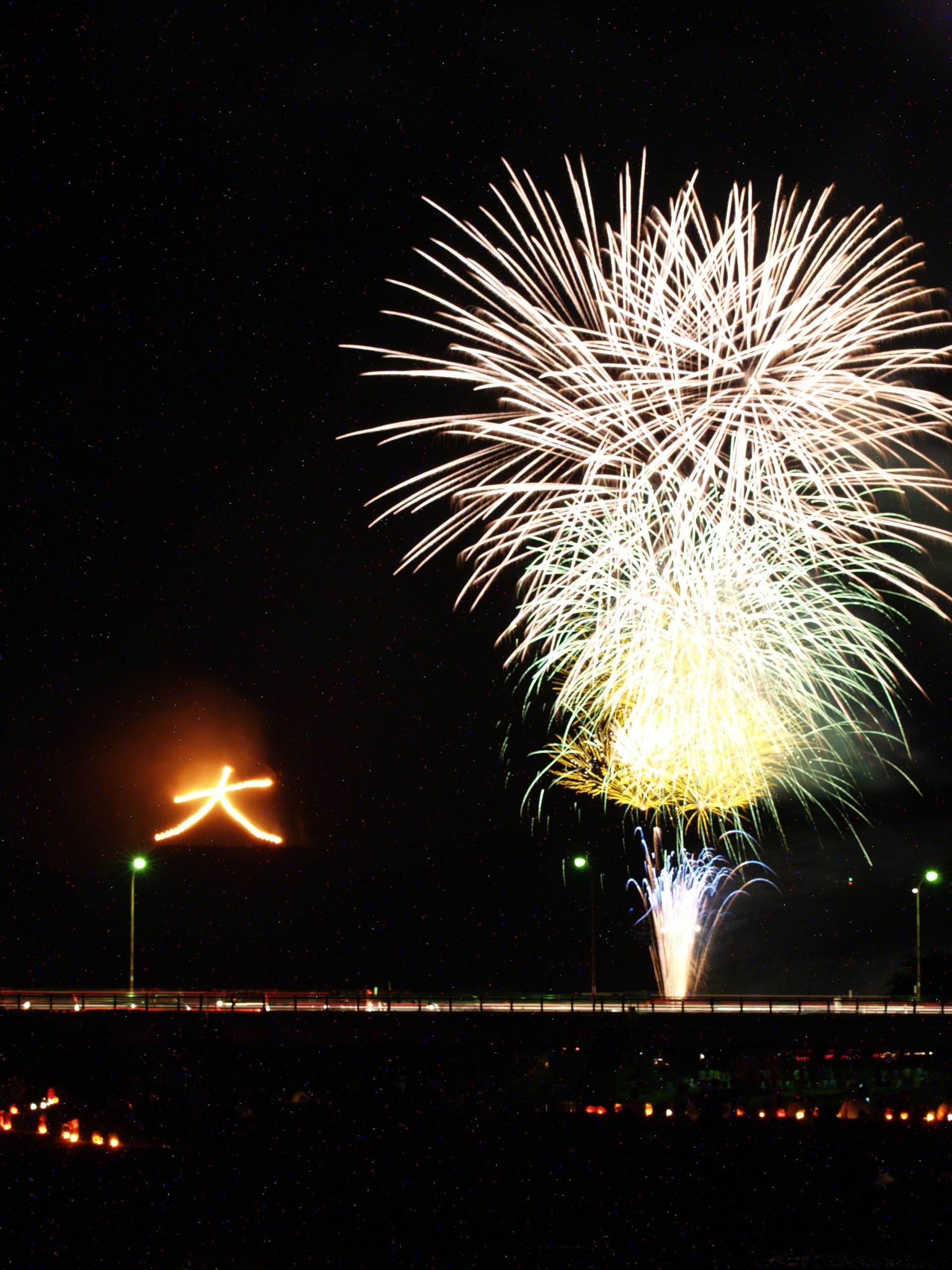 The Daimonji Festival lasts all day with both daytime and evening events. Yukata-clad citizens, schools bands, and dance teams parade down Hachiko-dori (main street) during the afternoon. After sunset, a fireworks show is held on the banks of the Nagaki River in the center of town. At the same time, Japans largest daimonji (a series of fires arranged on a mountain form a Japanese character) is lit.
This year paper lanters will be released down the Nagaki river to help guide the spirits of ancestor back to the afterlife.
Many performances, food stalls, and games are held at the Nagaki Riverside park for visitors to enjoy while watching the show. 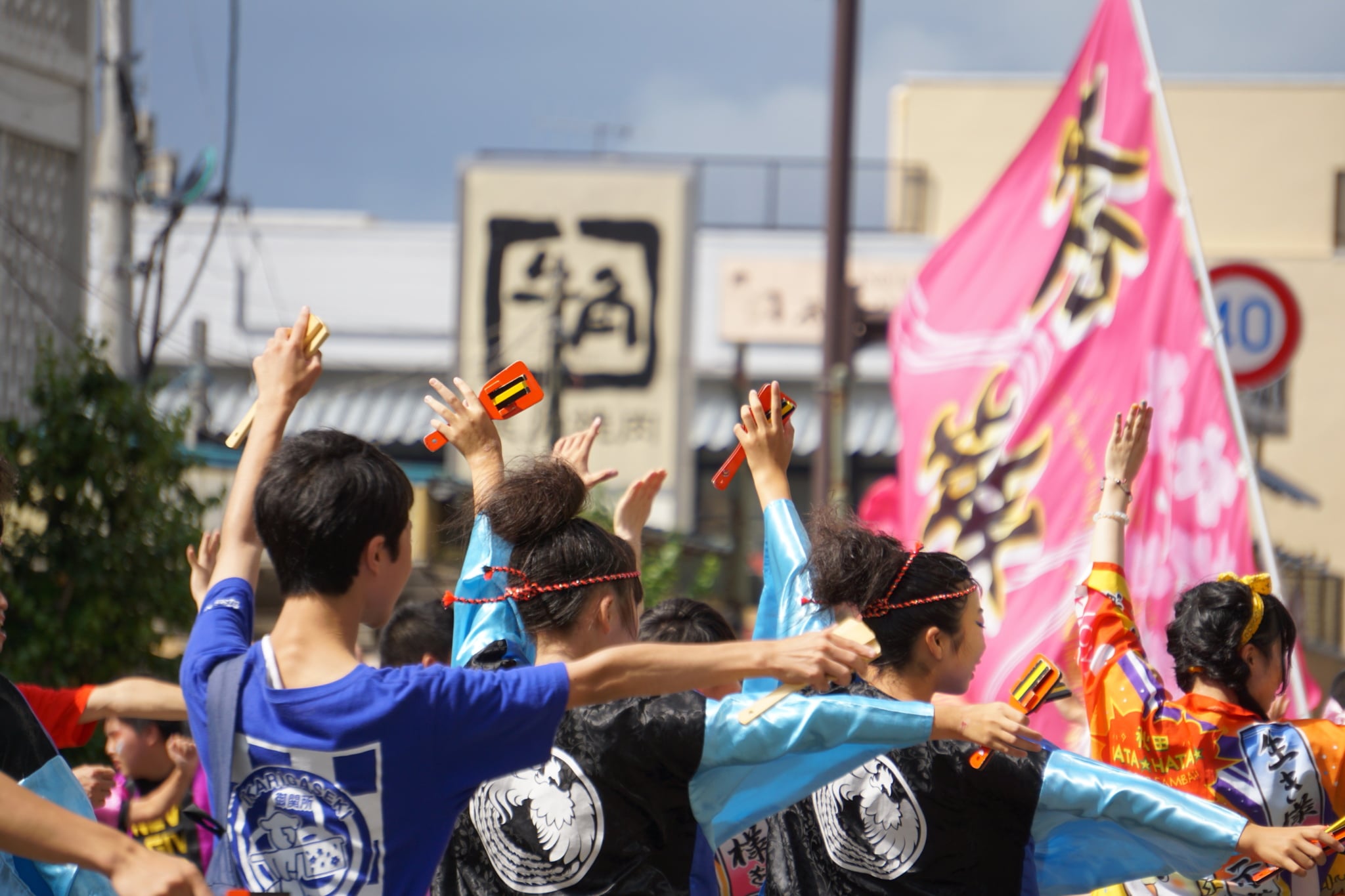 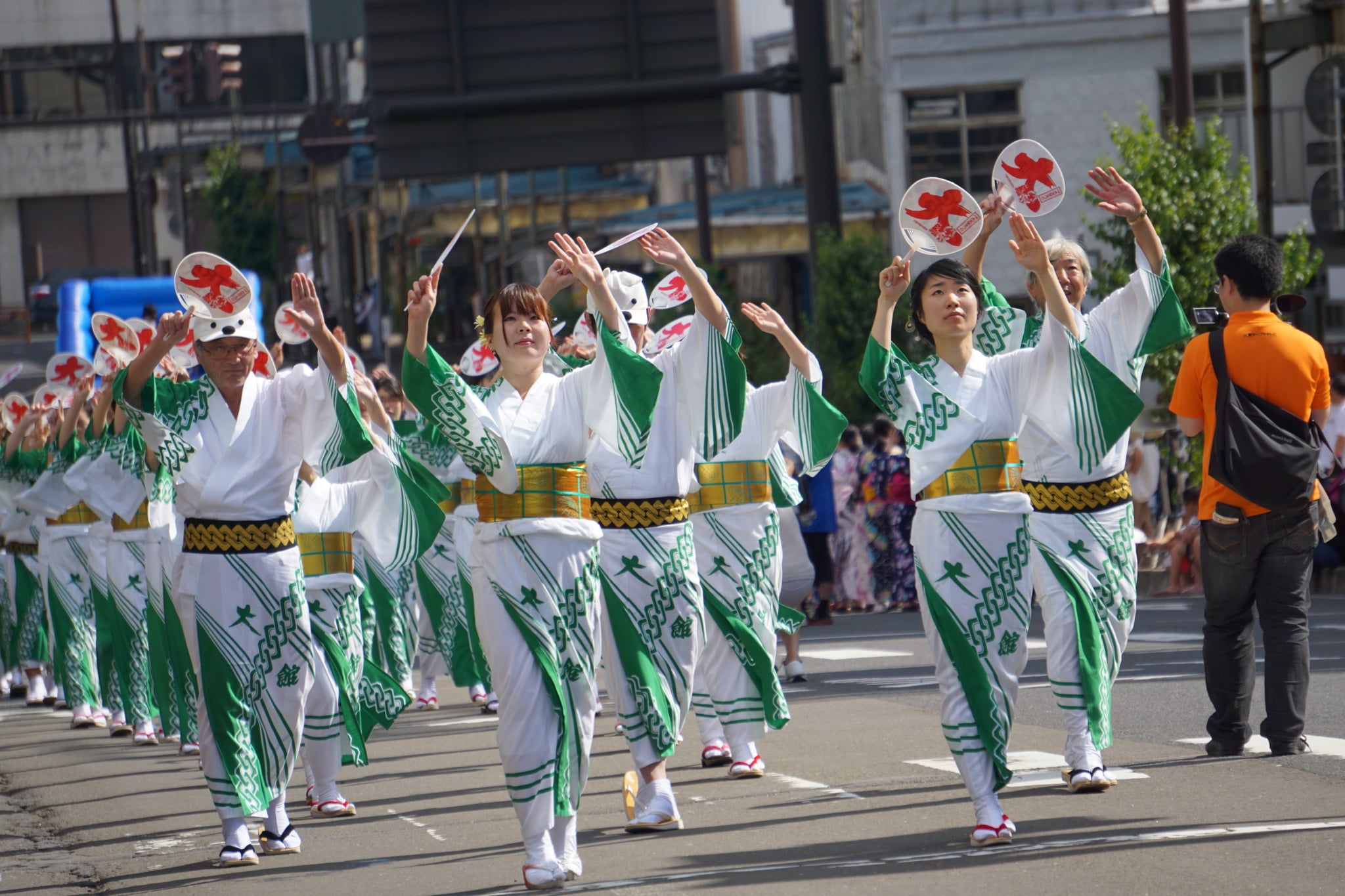 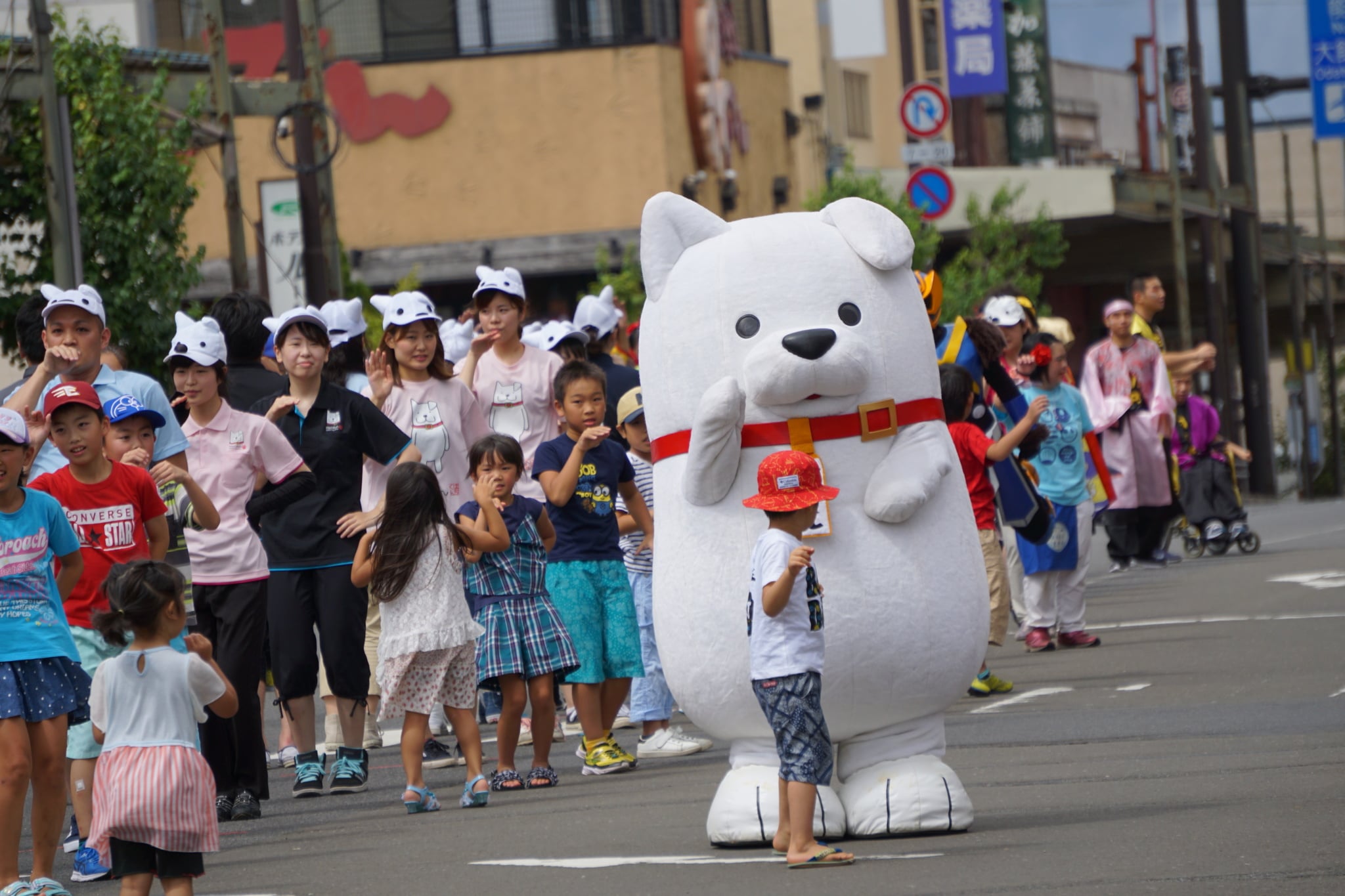