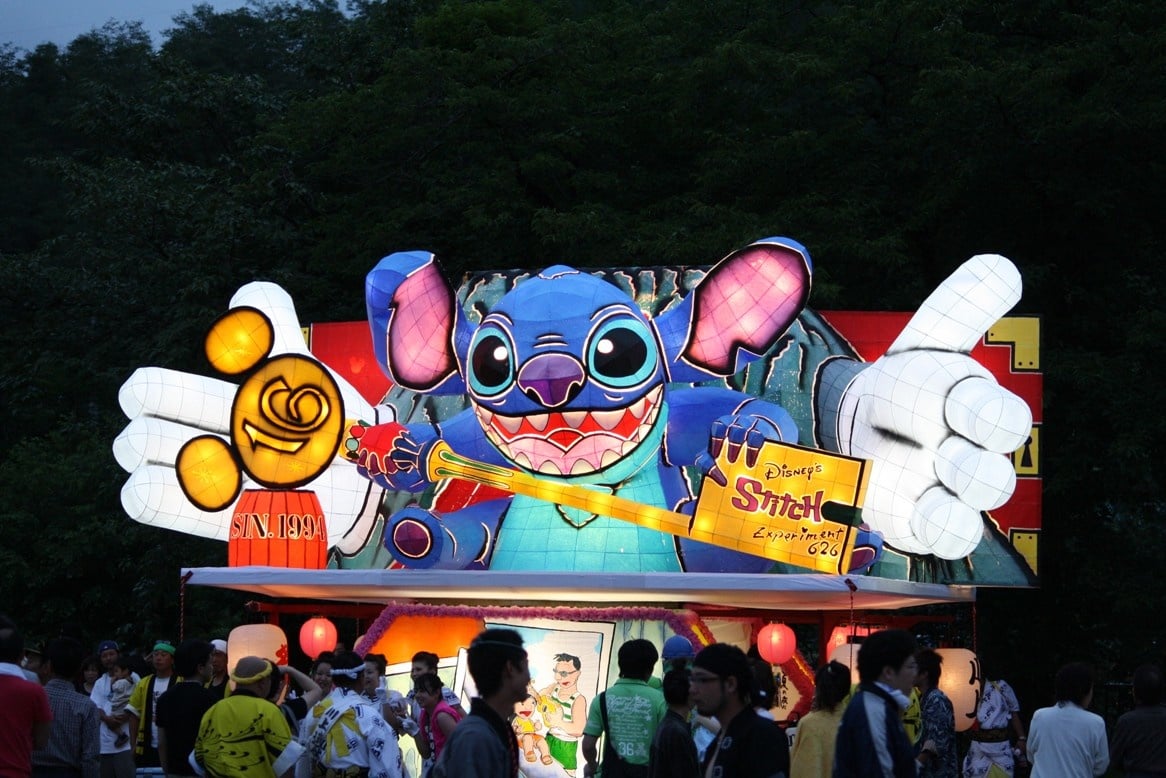 Kosaka was once home to a productive mine which brought in workers from all around the area. The Kosaka Tanabata Festival began in the late Meiji era with workers from neighboring Aomori recreating their famous Nebuta Festival floats. Originally the floats featured characters from local folklore and religion, but now they are decorated with a wide rage of motifs including popular cartoon characters.
The highlight of the festival is on the evening of the second day when all of the neighborhoods floats gather in the center of town.

Central Kosaka near the Korakuan Theater